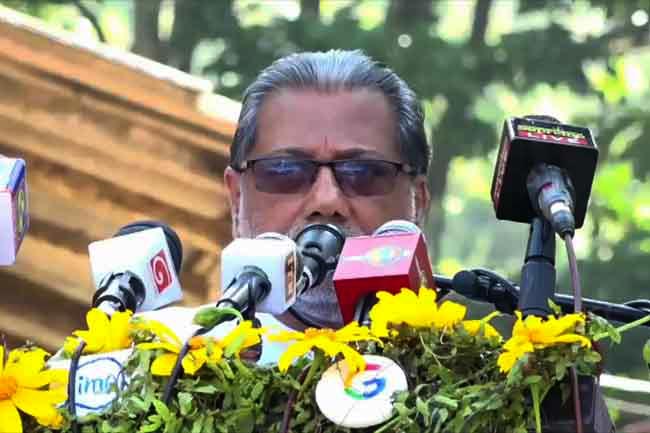 No issue with closing down parliament for 2-3 years  Vidura

There will be no issue with the closure of a Parliament that does not have respect or goodwill towards one another and does not understand the issues of the people, according to the State Minister Vidura Wickramanayake.

He expressed these views, attending an event held at the Sri Medhankara Maha Vidyalaya in Horana.

However, there is no respect towards each other within the parliament, Wickramanayake said.

Pointing out the recent incidents of chili powder attacks and bringing knives to the parliament, the State Minister said that there is no point spending Rs 9.2 million on the parliament.

Therefore, there will be no issue with shutting down the parliament for 2-3 years and that money could be used for the education of children, he added.

He further said that the country has embarked on a journey with new thinking and to make it work, there should also be a change in the mindset.