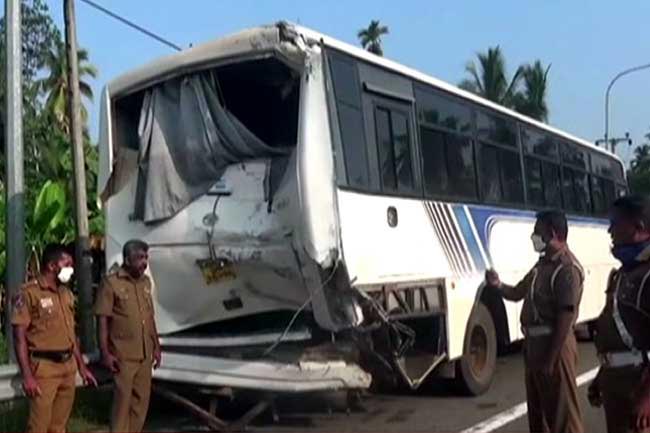 A Sri Lanka Army bus traveling to Matara from the Kandakadu quarantine center has met with an accident near the Bandaragama-Kolamadiriya area.

Reportedly, the bus had been transporting persons who had completed their quarantine process to Matara.

The driver and the driver’s assistant of tourist bus have been critically injured while an army officer too had sustained injuries in the accident.

The injured are currently receiving treatment at the Horana Base Hospital.