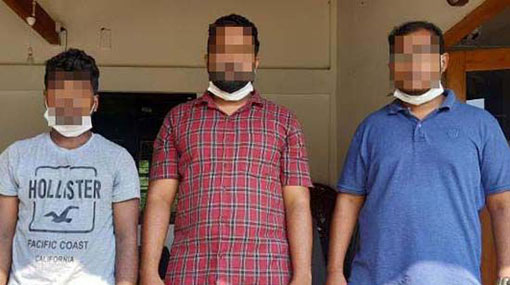 Sri Lanka Navy has apprehended 3 persons in Mannar area for their suspicious behaviour.

Accordingly, a group of naval personnel attached to the North Central Naval Command in coordination with the Mannar Police made this apprehension on Tuesday (24).

During further interrogation, the security personnel managed to uncover their identity, as Indian nationals.

Mannar Police is conducting further investigation into the incident.

Further, the 3 suspect will be directed to go through self-quarantining in the custody of Mannar Police.