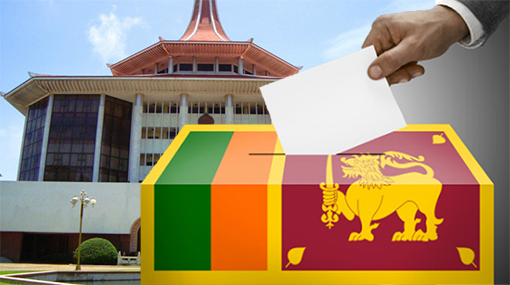 The Director General of Health Services Dr. Anil Jasinghe has sent a letter to the President’s Secretary, stating that he sees no impediment to holding elections in the country, President’s Counsel Romesh De Silva told the Supreme Court on Friday (22).

These developments came, when multiple Fundamental Rights petitions, filed challenging the President’s gazette dissolving parliament and the date for the General Election set by the Election Commission were taken up for the fifth consecutive day.

At the commencement of the court proceedings, the President’s Counsel, appearing on behalf of the President’s Secretary, had submitted a letter sent by the Director General of Health.

He told the court that the Director General of Health Services has given written notification to the President’s Secretary informing him that the election process can move forward hygienically, as ascertained via tests conducted by the health authorities across the island.

He further emphasized that Director General of Health Services has made evident via his letter that it is appropriate to gazette the relevant health regulations under the Quarantine and Prevention of Disease Ordinance as a plan of the long-term disease prevention plan.

Director General of Health Services, in his letter, has mentioned that guidance can be provided to the Election Commission on taking the election process forward, upon request.

The Director General of Health Services has noted that he sees no impediment to holding the General Election, the President’s Counsel went on to say.

In the meantime, Additional Solicitor General Indika Demuni De Silva has made submissions on behalf of the Attorney General and the Director General of Health Services.

She told the court that the Attorney General will be filing preliminary objections pertaining to all the FR petitions.

As such, she requested from the Supreme Court to dismiss the petitions without taking them up for hearing.

Filing the first preliminary objection, the Additional Solicitor General said all the petitioners have come before the court, after the time period of a month illustrated in Article 126(2) of the Constitution had elapsed.

She added that 304 political parties and 313 independent groups have submitted nominations and are expectant of contesting the election.

She went on to point out that in submitting these petitions, which indirectly request for the invalidation of nominations, they have not named a single political party or a secretary as parties to the petitions.

The Additional Solicitor General also argues that a decision which directly impacts the validity of nominations pertaining to over 7,400 candidates cannot be given, just at the request of the petitioners.

Following the conclusion of the proceedings, further hearing of the petitions was postponed until 10 am on Tuesday (26).