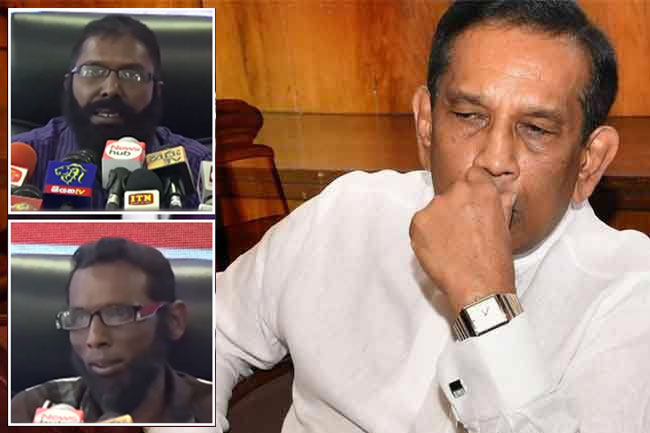 AG Dappula De Livera has also filed Discharge Orders with the Colombo Magistrate’s Court on the other two suspects in the press conference, listing them as witnesses in the case.

In the days leading up to the Presidential Election last year, Senaratne had called two persons named Anthony Douglas Fernando and Athula Sanjeewa Madanayake for the said press conference, where they made controversial statements regarding alleged “white vans” and purported incidents of certain abductions, assassinations, robberies and forced disappearances during the administration of former President and incumbent Prime Minister Mahinda Rajapaksa.

One of them had claimed that he was a “white van” driver involved in abducting people while the other claimed he once served as a driver to transport a stock of gold in previously LTTE-held areas.

The former Health Minister was arrested last December and remanded over the controversial “white van” press conference organized by him in November, but he continued to receive treatment at the hospital.

On December 30, Colombo Magistrate’s Court ordered to release Senaratne on bail. However, the Attorney General filed a revision application on January 08 challenging the decision of the Magistrate Court to grant bail to the former Health Minister.

The Attorney General, in his revision application, had pointed out that the Colombo Magistrate’s Court has not taken into consideration the submissions by the prosecution before delivering the verdict to release Senaratne on bail.

On May 13, Senaratne was placed under arrest after he surrendered to the Criminal Investigation Department (CID) and was placed under remand custody by Colombo Chief Magistrate Lanka Jayaratne.