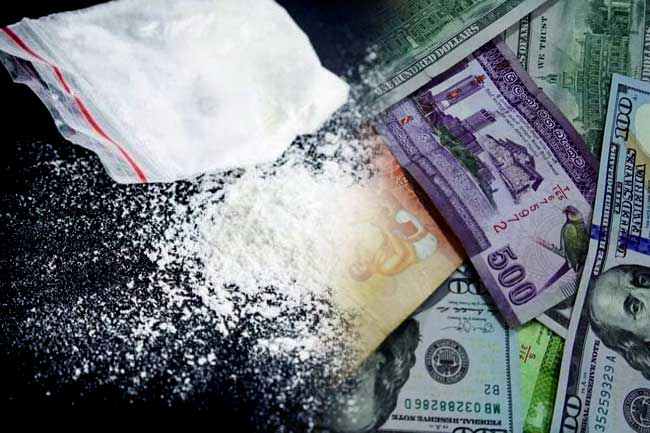 Cash worth USD 140,000 (approximately Rs. 55.99 million) and Rs. 30 million have been discovered from a house in the area of Dematagoda, the Police said.

According to reports, the said quantity had been earned from drug trafficking and was scheduled to be transferred via Mundial System.

A suspect who had posed as money lender was also taken into custody with regard to the incident.

The Police said he was in possession of 4g of heroin at the time of the arrest.

In another development, an individual was arrested and interrogated during a raid conducted on Saturday (01) on a tip-off received by the intelligence unit of the Western Province.

During the process it was revealed that the suspect had a bank balance of Rs. 70 million.

Furthermore, the money was being disbursed to accounts belonging to various persons upon the instructions given by an individual from abroad via telephone.

Later, details of four other accounts to which the money was transferred to were uncovered and the account holders were also taken into custody.

According to Police, the accounts had funds amounting to over Rs. 40 million.

It is suspected that the money in question was obtained through drug trafficking.