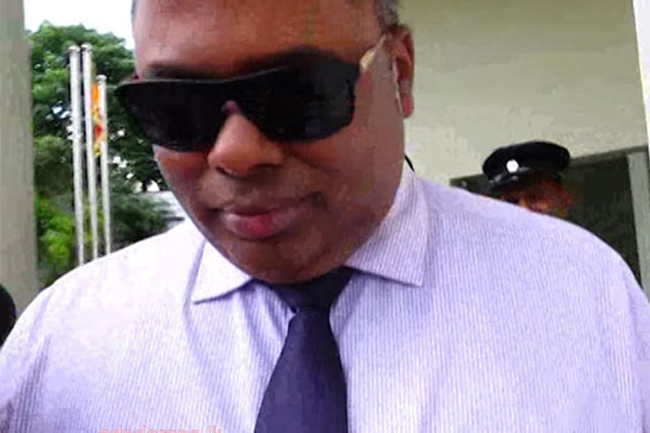 The former Director of the Terrorism Investigation Division (TID) was arrested by the CID on October 25, 2018, over a suspected plot to assassinate former President Maithripala Sirisena and former Defence Secretary and current President Gotabaya Rajapaksa.

De Silva had then filed an FR petition seeking the Supreme Court to rule that his arrest and detention are unlawful.

The petition was taken up before Supreme Court bench consisting of Justices Priyantha Jayawardena, Vijith Malalgoda and Yasantha Kodagoda.

The attorney-at-law representing the interdicted DIG requested the court to pull the Criminal Investigation Department (CID) out of the probes pertaining to the case and to assign another unit.

Further, he informed that his client is ready to withdraw the FR petition if the respondents are willing to consider the payment of unpaid salaries of his client.

Deputy Solicitor General who appeared on behalf of the Attorney General then told the judge bench that the Acting IGP will be informed of pulling out the CID of the probes and assigning another unit and steps will be taken to resolve the issue regarding the petitioner’s salary payment.

As both parties agreed on the matter, the petitioner decided to the FR petition. The Supreme Court bench hence ordered to dismiss the relevant petition.