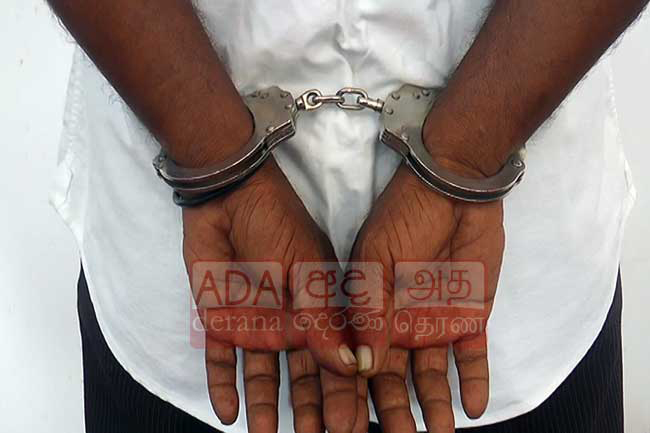 A member of an organized criminal gang has been arrested in the Maligawatte area, the Police said.

The police officers have found 1g and 200mg of heroin on the suspect at the time of the arrest.

Reports revealed that he is an accomplice of “Army Sampath”.

In another development, a close relative of the norotious gangster “Wele Suda” was taken into custody.

The suspect was arrested at his house in Horagola West in Padukka. The police had found 6g of heroin on the suspect.

Meanwhile, a 17-year-old female has been arrested in Wakare while in possession of over 3g of heroin.