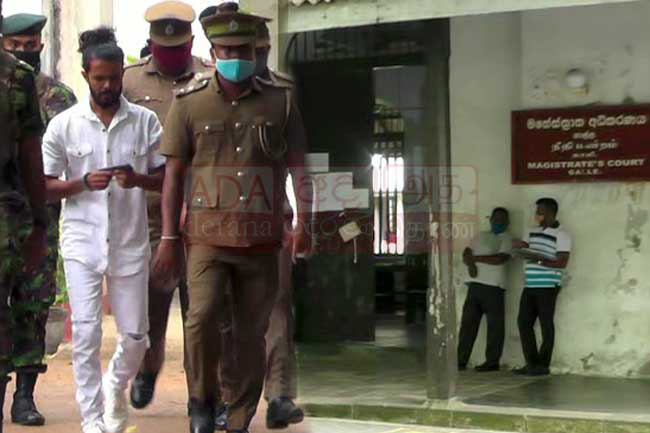 Notorious underworld figure Janith Madushanka, operating under the alias ‘Podi Lassie’, who was arrested and remanded for threatening the VIPs, has been granted bail.

However, he will continue to be held by the Criminal Investigation Department (CID) on detention orders.

The Galle Magistrate delivered the order when the suspect was produced before court today (16).

During the proceeding, it was revealed in open court that ‘Podi Lassie’ had used cosmetic products which weighed up to 5kg in total, while in remand custody at the high-security prison in Boossa. The focus of the judicial members fell on how the products were smuggled into a maximum-security jail.

It is further reported that an overseas travel ban was imposed on the infamous criminal figure.

‘Podi Lassie’ was named as the second suspect in the case filed over the death threats made in public at the Boossa Prison, against the President, the Defence Secretary and certain high-ranking officers of the Prisons Department.