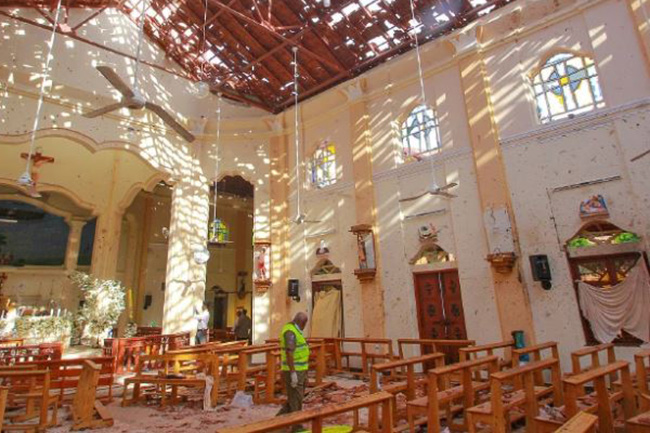 The Presidential Commission of Inquiry (PCoI) looking into the 2019 Easter Sunday attacks heard that the ringleader of the carnage Zahran Hashim had planned to launch the attack using 20 suicide bombers.

This was revealed by a police officer attached to the Terrorism Investigation Division (TID)’s team probing the Easter Sunday attacks.

Testifying before the panel yesterday (16), the police officer in question has stated that the relevant piece of information came to light while interrogating a member of Zahran’s group who was arrested after the coordinated bomb blasts last year.

The PCoI was told that Zahran Hashim had orchestrated more two more series of attacks following the first attack.

Testifying further, the witness said that a rift between the National Thowheed Jamaath (NTJ) leader and Naufer Maulvi had erupted by March 2019 over the leadership of the group.