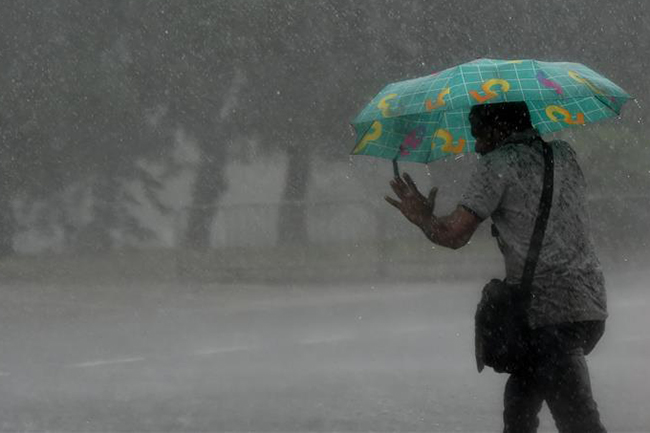 Heavy showers of about 100mm expected in some areas

Showers or thundershowers will occur at several places in the Western, Central and Sabaragamuwa provinces and in Galle and Matara districts after 2.00 pm, says the Department of Meteorology.

Heavy showers of about 100mm can be expected at some places in the aforementioned areas.

Light showers will occur at Northern and the Eastern provinces in the morning too.

The public has been requested to take adequate precautions to minimize damages caused by temporary localized strong winds and lightning during thundershowers.

A low-pressure area is very expected to form over central parts of South Bay of Bengal around November 23.

It is likely to intensify further into a depression over southwest Bay of Bengal and expected move west and north-westward towards the north coast of Sri Lanka during subsequent 48 hours.

The Met. Department said fishing and naval communities will be informed of the situation in due course.

Showers or thundershowers will occur at several places in the sea areas extending from Trincomalee to Hambantota via Batticaloa.

Winds will be north-easterly in the sea areas extending from Mannar to Hambantota via Kankesanturai, Trincomalee and Batticaloa. Winds will be variable in the direction in the other sea areas around the island.

The wind speed will be 20-30 kmph. The wind speed can increase up to 50kmph at times over sea area extending from Colombo to Kankesanturai via Mannar.

The sea area around the island can be slight to moderate. The sea areas extending from Colombo to Kankesanturai via Mannar will be fairly rough at times