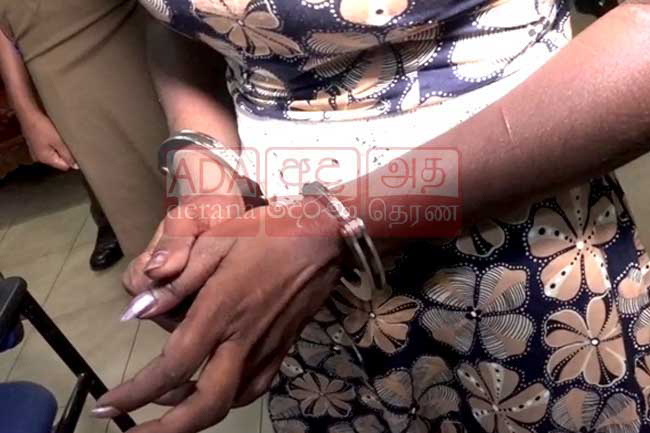 Commander of Army Lieutenant General Shavendra Silva says the army continues to be on vigilant of threats to public security amidst the pandemic-related duties they are performing at present.

He made this remark commenting on the couple recently arrested in Paranthan while in possession of a claymore mine.

Based on a tip-off given by the army intelligence officials, the duo was taken into custody as they were transporting a claymore mine in a bus en route to Kandy from Jaffna. Reports revealed that the claymore mine was hidden inside a bag.

The woman was identified as a former LTTE cadre. The couple had accompanied their child as a ploy to avoid suspicion.

It was revealed that the brother of slain LTTE cadre Gopi, who was killed in an army operation in Nedunkerni on the 14th of April in 2014, had planned the attack from Switzerland.

The two arrestees had been residing in the house in front of the one belonging to the mother of Kajipan Ponnaiah Selvanayagam alias Gopi, at Aiyakachchi in Panikkachchi.

The army chief, speaking on the matter, said this claymore was not recently-manufactured.

Sri Lankan authorities have rehabilitated and reintegrated nearly 12,000 former LTTE cadres, however, there have been attempts to exploit the reintegrated persons or those who struggle with financial issues by making them involved in schemes like this, he explained.