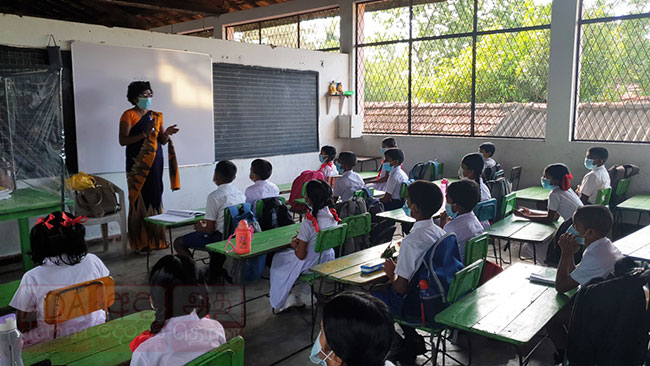 The Ministry of Education says that an overall student attendance of 55% was recorded at schools which were reopened for the first term today (Jan. 11).

Secretary to the Ministry of Education Professor Kapila C.K. Perera stated revealed that the overall attendance of teachers today was recorded at 88%.

Meanwhile Education Minister Professor G.L. Peiris told reporters today that over 95% of the country’s schools were reopened today and that only a few schools could not be reopened due to health reasons.