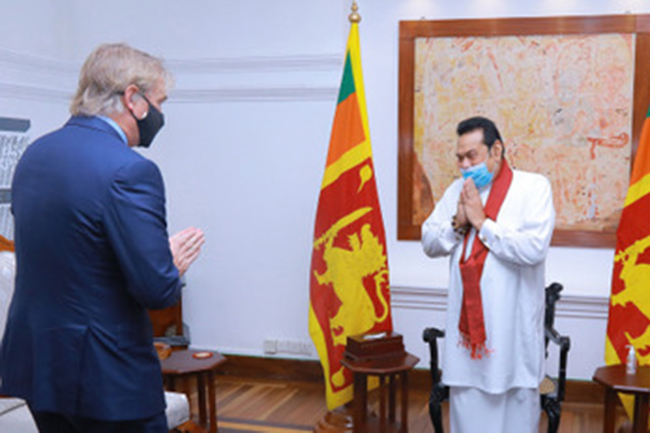 Mr. Edens who is on a short visit to Sri Lanka expressed his interest in investing in cleaner, affordable and renewable energy sources that are cost-efficient and environmentally friendly, the Prime Minister’s Media Unit said.

He has also shown keen interest in possible investment opportunities in areas of transport (railways), tourism and hospitality industries.

Prime Minister Mahinda Rajapaksa and Mr. Edens discussed areas in the tourism sector that could be further developed.

Introducing theme parks, converting and refurbishing buildings with historic value into hotels to enhance tourism in the region were few potential areas that they agreed had scope for development.

Mr. Edens further expressed interest in assisting with the development of the railways in Sri Lanka.