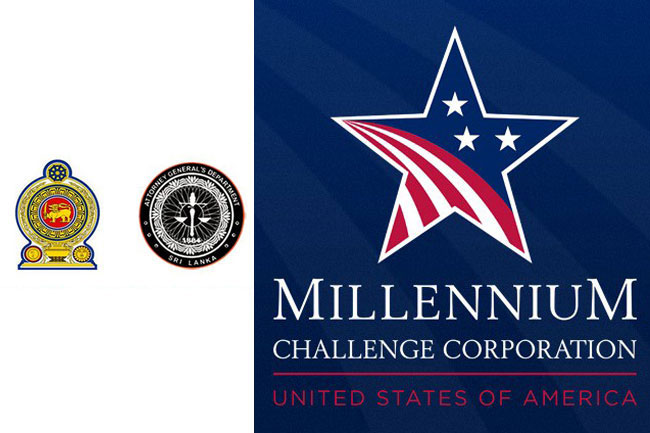 The Attorney General has declared the Millennium Challenge Corporation (MCC) Compact to be inconsistent with the Constitution of Sri Lanka.

The Attorney General has found that the MCC Compact and the Program Implementation Agreement (PIA) and Articles of Association of MCA are inconsistent with the written laws and the Constitution.

Therefore, the Attorney General informed the Secretary to the President that there are legal impediments to the implementation of these agreements as they are.

On the request of former PM Ranil Wickremesinghe, the MCC had conducted an evaluation in terms of their investment criteria and selected Sri Lanka as a qualified country to receive grant funding under their Compact Investment Program.

Under the grant, MCC had agreed to kick off a USD 350 million transport project and a USD 67 million land project in Sri Lanka. The remaining USD 63 million was to be allocated to support technical assistance, feasibility and design studies, project administration, and monitoring and evaluation.

However, the proposed grant assistance agreement was met with strong disapproval from various parties citing that it adversely affects the sovereignty of the country as it would pave way for defense deals with the US.

An Experts’ Committee was appointed by President Gotabaya Rajapaksa to review the proposed MCC Compact MCC and its final report submitted to the government in June 2020, urges the government to reject the agreement.