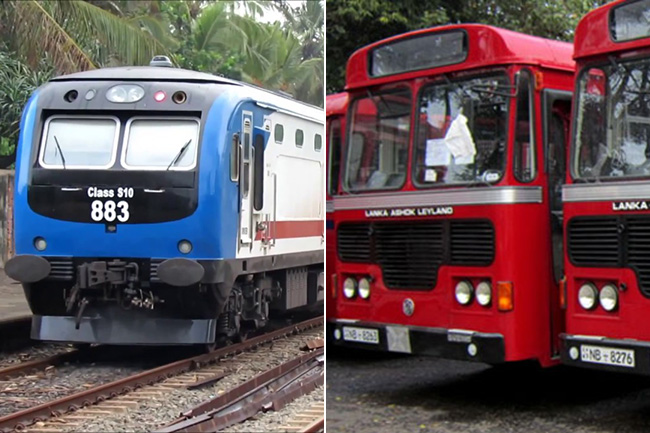 However, the public transport services will be up and running only in the morning and evening, the state minister noted.

“We decided not to operate public transport services in the middle of the day as the health authorities have warned that there is still a very serious pandemic situation.”

Speaking further in this regard, he stated that buses and trains are resuming operations to provide services to the public servants who are called back to work from Monday (August 02).

On Friday (July 30), the government announced that all state sector employees will be re-called to duty as per usual from the next month in order to restore normalcy in the public service.

The Sri Lanka Transport Board (SLTB) has been instructed to carry passengers only up to the seating capacity, the state minister said, stressing that they were further directed to adhere to health guidelines.

Private passenger transport buses will also be allowed to function from tomorrow, he added.