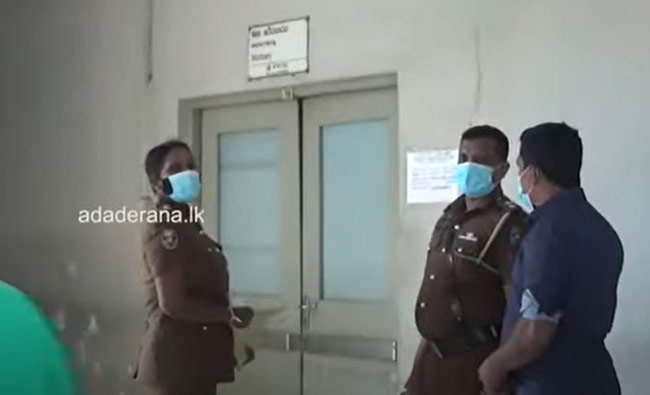 The court-appointed specialist medical team has conducted the second postmortem on the remains of the teenage domestic worker who had died while serving at the Rishad Bathiudeen household.

The postmortem was carried out over a period of 9 hours from 8.30 am to 5.15 pm today (July 31) at the Peradeniya Teaching Hospital.

Police Media Spokesperson Senior DIG Ajith Rohana stated that the forensic team carried out a CT Scan to look for internal injuries, fractures in the body.

He said, “The post-mortem examination was carried out at length, and samples were taken from various parts of the body. They are to be sent for laboratory tests. After receiving all this, a full report will be issued.”

The body will remain in the mortuary of the Peradeniya Teaching Hospital until the report is issued, the Senior DIG said.

On July 15, a 16-year-old girl, who was serving as domestic help at the Bathiudeen residence, succumbed to severe burn injuries while receiving treatment at the Colombo National Hospital. She had been under medical care for 12 days since her admission to the hospital on July 03.

The girl, who was residing in the Dayagama area, had been 15 years of age when she was brought to the parliamentarian’s residence at Bauddhaloka Mawatha for domestic work last October.

The judicial medical officer who conducted the post-mortem on the girl’s death concluded that she had been sexually exploited.

Thereby, the former minister’s wife, father-in-law, and the middleman in question were taken into custody on July 23 based on the testimonies recorded from nearly 20 individuals, autopsy results, and the evidence gathered by the investigating officers which pointed to the fact that the deceased girl was subjected to abuse.

In addition, the 44-year-old brother-in-law of MP Bathiudeen was also taken into custody and produced before the Judicial Medical Officer for allegedly sexually abusing a young woman who worked as a domestic helper at the lawmaker’s official residence from 2015 to 2019.

On July 30, the remains of the teenage domestic worker were exhumed on court orders, in order to be subjected to a second postmortem by a special medical team.