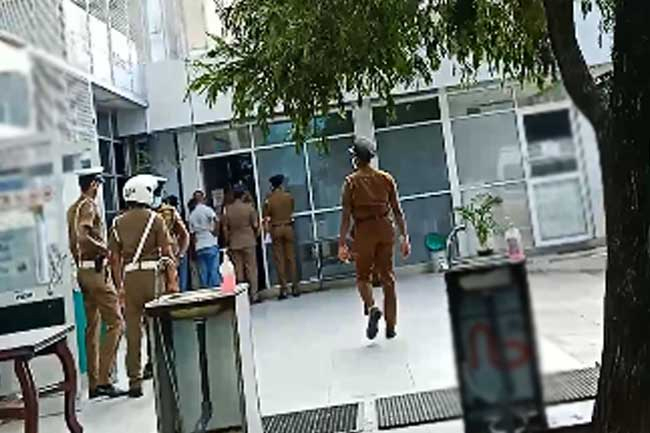 The police today (Sep. 14) recovered a hand grenade from a prominent private hospital in Narahenpita.

The explosive device, which had been attached to a mosquito repellent coil, was reportedly found inside the lavatory on the 1st floor of the establishment.

Reports further revealed that the pin of the explosive device had been removed, and it had been set up to explode.

The police and bomb disposal teams had arrived at the scene as soon as the news broke to bring the situation under control.

A team of high-ranking police officers including Senior DIG Deshabandu Tennakoon was also seen at the hospital premises.

Three individuals including a hospital employee and an eye witness are currently being questioned by the Colombo Crimes Division (CCD).