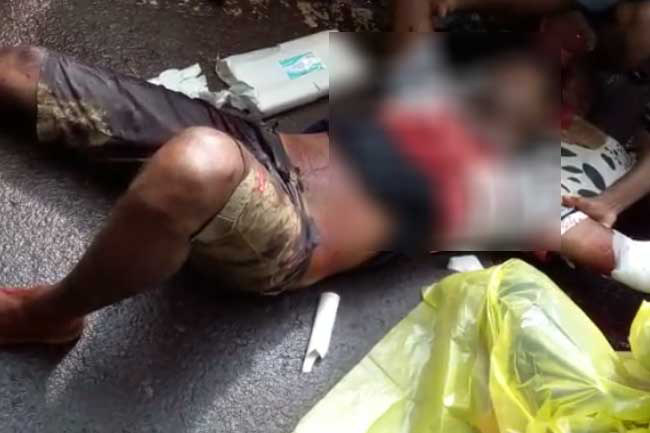 Two persons who were in a three-wheeler have been critically wounded and hospitalized after being attacked by an individual wielding a sharp object in Bandaragama.

Ada Derana reporter said the incident had occurred in front of a house at  the Walgama tsunami housing project in Bandaragama this morning (17) and that one of the victims has had both his arms hacked off while the other victim has had one of his arms hacked.

The victim, who’s both arms had been hacked and almost completely severed, had started running along the road following the attack and had collapsed and fallen with nobody even attempting to assist him until the ambulance arrived, the reporter said.

Meanwhile the other victim had reportedly run towards police officers following the incident.

Later, officers from the Bandaragama Police station had arrived accompanied by an ambulance and provided initial treatment to the person who had collapsed on the road.

Police state that the suspect responsible for the attack had only recently been released from remand custody after being arrested on drug related offences.

Police also claim that the two attack victims are also suspected of being involved in a drug racket and that several sharp weapons were discovered inside the three-wheeler they had been inside.