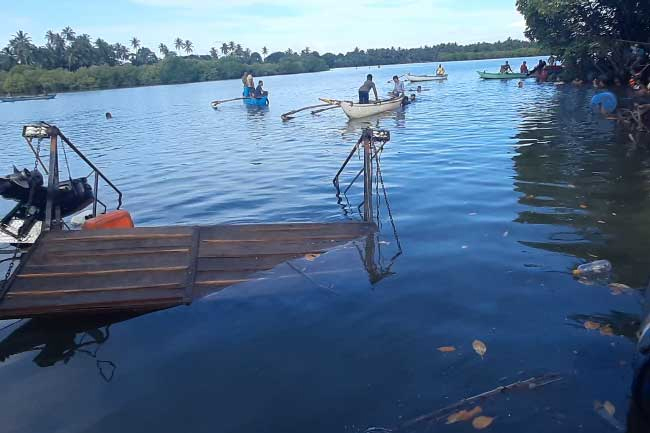 The three suspects, who were arrested by police in connection with the capsizing of a passenger ferry at the Kuringankerni lagoon in Kinniya, have been remanded until December 08.

The owner and two operators of the passenger ferry in question were produced before the Trincomalee Magistrate’s Court after being arrested by the police this morning.

Six persons including three schoolchildren died and 20 others were hospitalized after a passenger ferry capsized in the Kuringankerni lagoon in Kinniya at around 7.30 a.m. last morning (November 23).

The ferry had been transporting a group of children and teachers when the ill-fated incident took place.

According to reports, the ferry service had been set up by the Kinniya Urban Council until the construction of the existing Kuringankerni Bridge is completed.