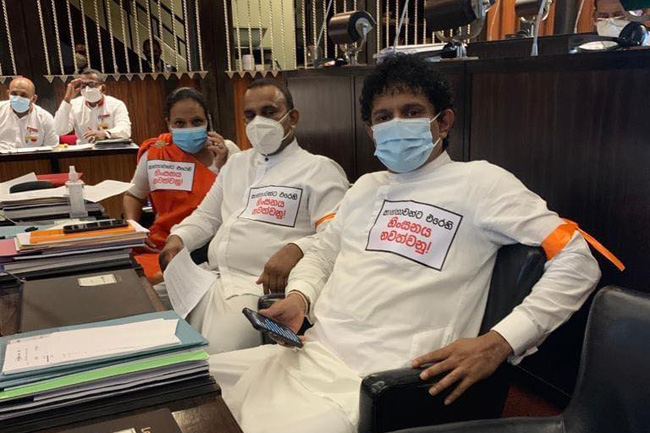 The lawmakers of Samagi Jana Balawegaya staged a protest in the Parliament today (November 25) calling for an end to violence against women.

The protest of the parliamentarians of the main Opposition came after the recent remarks made by SLPP MP Tissa Kuttiarachchi sparked controversy.

Addressing the House, MP Rohini Kumari Wijerathna said the protest coincides with the United Nation’s International Day for the Elimination of Violence against Women observed today.

The day marks the 16 Days of Activism against Gender-based Violence (from November 25 to December 10) under the theme “Orange the World: End Violence against Women Now!”

Speaking further, MP Wijerathna said one out of every five women in Sri Lanka is subjected to physical or other forms of abuse. “Even if something happens in the Parliament, no punishment is imposed, except a warning.”

When women are abused, the prevailing circumstances allow the accused to walk free while the victim suffers, she pointed out. 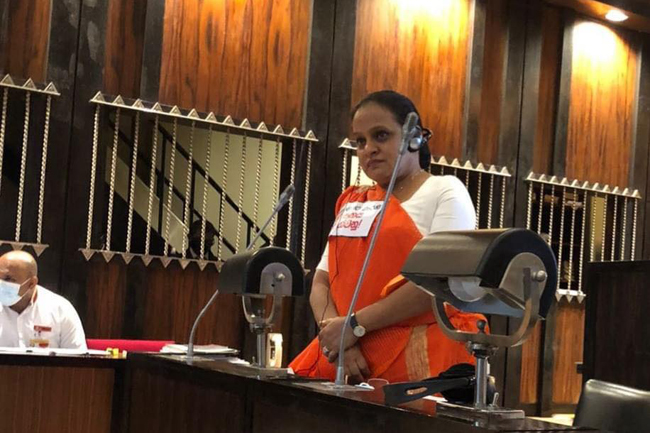 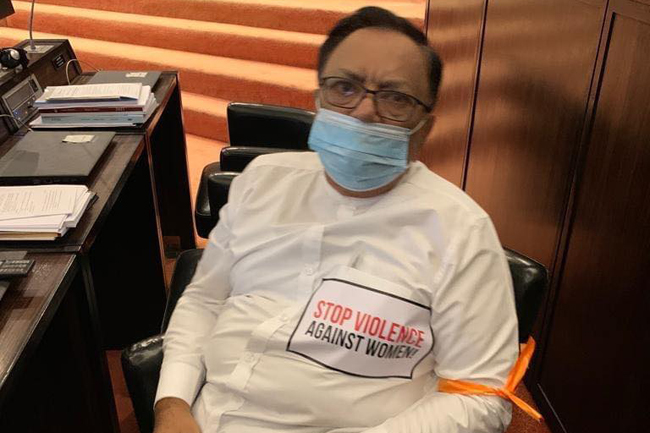 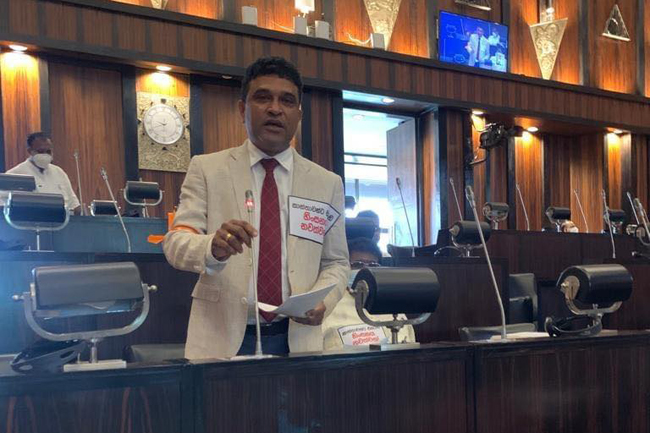 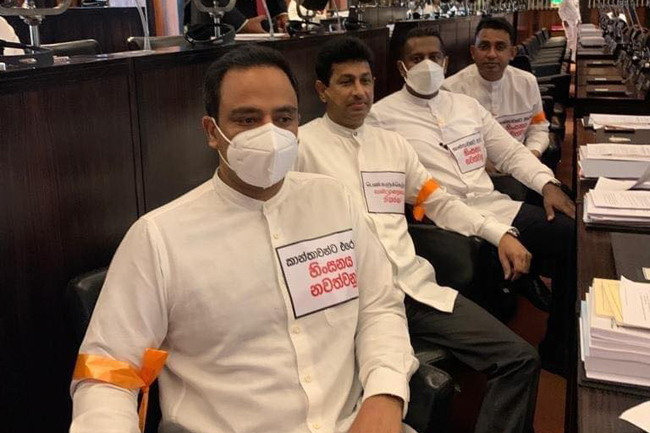