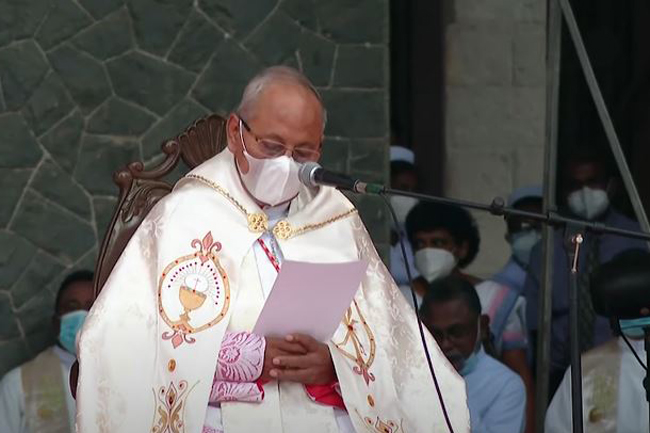 The remarks of the Archbishop of Colombo came during the service held at the Basilica of Our Lady of Lanka in Ragama today (January 14) to mark 1,000 days passed since the heinous carnage.

The service was attended by the survivors of the suicide bomb attacks at Katuwapitiya and Kochchikade churches as well as the family members of the victims.

Addressing the service, the Cardinal said despite the attempts of people in power to sweep the truth about the terror attacks under the rug and put the entire blame on the Muslim extremists, the truth is now coming out.

“It is clear that these attacks were a conspiracy,” he told the gathering.

The Cardinal stated that officials who were aware of the intelligence information about an impending attack let the carnage unfold without taking any action and obstructed those who tried to take action to prevent the attacks.