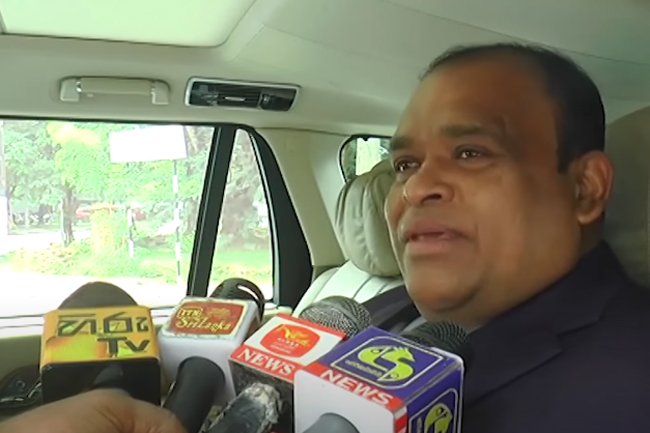 Business magnate Dhammika, who took oath as a Member of Parliament this morning, says he is better at bringing in dollars than taking loans.

Speaking to the media, MP Perera said he would reveal his plans to bring in foreign exchange to the country within two weeks.

With regard to his decision to enter the parliament, MP Perera expressed confidence in finding solutions to the ongoing crisis by taking up the new position.

In response to a question on accepting a ministerial portfolio, the parliamentarian said he would do his utmost to contribute to whichever ministry he is assigned to.

MP Perera, stating that he is hopeful of his ability to bring in investments, also pledged to create more job opportunities in the country, recalling his tenure as the chairman of the Board of Investment (BOI) during the civil war period.

When asked if he thinks he boarded a sinking ship, MP Perera said he does not view the country as such.

The tycoon also said he submitted his declaration of assets and liabilities and tax clearance certificate to the Speaker Mahinda Yapa Abeywardena before taking oath as a parliamentarian.