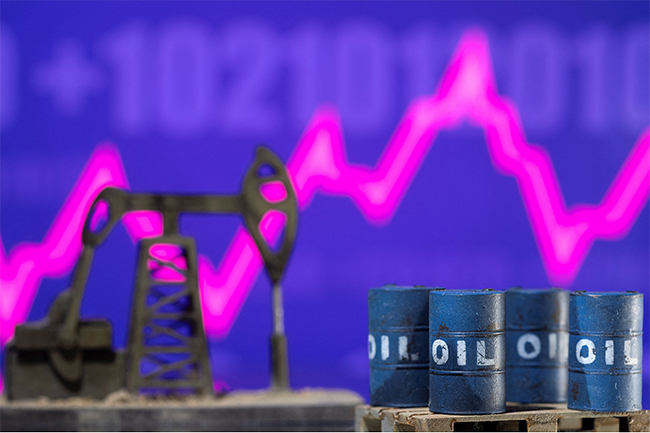 Oil prices tumbled on Wednesday on news of a plan by U.S. President Joe Biden to cut fuel costs for drivers and amid concerns over a potential economic recession after recent central bank rate hikes, which also weighed on equities.

Earlier in the session, both contracts had shed over $6 each to hit their lowest since May 19 and 12, respectively.

Oil prices often move in tandem with stocks, which also took a hit as investors assessed how interest rate hikes designed to cool soaring inflation might stall an economic recovery as pandemic restrictions have eased.

Biden on Wednesday is expected to ask Congress to consider a three-month suspension of the 18.4 cents per gallon federal tax on gasoline and call on states to suspend their fuel taxes, a senior administration official said.

Lawmakers of both major parties have expressed resistance to suspending the federal tax.

PVM analyst Stephen Brennock said that while lower consumer prices could be seen as a bullish demand signal, a tax cut could also induce expectations of further measures by the Biden administration to cool rallying energy prices.

Biden is expected to make the announcement at 1800 GMT.

The White House asked the CEOs of seven oil companies to a meeting this week to discuss ways to increase production capacity and reduce fuel prices of around $5 a gallon as they make record profits.

Chevron (CVX.N) CEO Michael Wirth said criticising the oil industry was not the way to bring down fuel prices and that the government had to change its approach. Biden replied commenting on the industry’s easily hurt feelings.

The $2.4 trillion set to be invested in energy this year includes record spending on renewables but falls short of plugging a supply gap and tackling climate change, the International Energy Agency said on Wednesday.