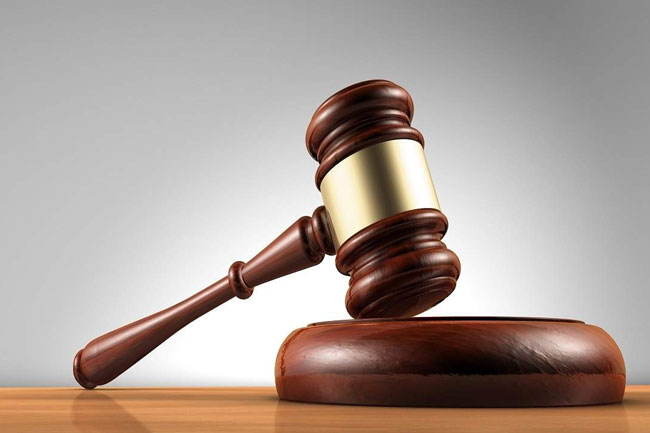 The Madurai Bench of the Madras High Court has reduced the sentence imposed by a trial court on two Sri Lankan nationals, alleged to have conspired to carry out attacks in Sri Lanka by reviving the LTTE.

They submitted an undertaking to the court that they would leave India and not be involved in law and order issues, The Hindu reported.

The court was hearing a criminal appeal filed in 2018 by Krishnakumar, Rajendran and Subaskaran seeking a modification of the sentence imposed by the Principal District and Sessions Court in Ramanathapuram. The Q Branch Police booked them under Unlawful Activities (Prevention) Act, Passport Act and Foreigners Act.

The case of the prosecution is that in 2015, the Q Branch Police intercepted a vehicle after receiving secret information on the movement of some LTTE cadres. The police recovered cyanide capsules, chemicals used to make cyanide, mobile phones, Indian and Sri Lankan currency notes, driving licences issued in India and Sri Lanka and other documents.

The car was proceeding from Ramanathapuram to Rameswaram. The police searched the house of the accused Krishnakumar and recovered more documents including a laptop. Further, the case of the prosecution was that Krishnakumar confessed and disclosed the involvement of Subaskaran alleged to have helped in transacting funds collected from LTTE sympathisers.

Subaskaran was arrested and during the course of a search, documents including the route maps of the rival camps and a hit list were seized. The case of the prosecution was that all the accused conspired to carry out attacks in Sri Lanka by reviving the LTTE. It was said that they had procured arms and were prepared to leave for Sri Lanka. Two other accused in the case were absconding.

The counsel for the appellants contended that the entire prosecution story was created and invented. There was no proof with regard to the alleged criminal conspiracy that they had participated with an intention to regroup the LTTE. The State submitted that the accused had planned to smuggle the contraband to Sri Lanka.

The counsel for the appellants submitted that Rajendran was released from prison after he served his sentence period of five years imprisonment. Krishnakumar and Subaskaran were imposed punishment for 10 years imprisonment and had completed nearly seven years of imprisonment. They pleaded for the modification / reduction of the sentence.

They submitted an affidavit wherein they gave an undertaking that they would leave India, soon after the completion of the criminal appeal and further gave assurance that they will not be involved in law and order issues. They said that they would remain in the refugee camp till they leave India. The accused did not challenge their conviction and only pleaded for the modification / reduction of the sentence.

Justice K. Murali Shankar considered the fact that the accused had already undergone six years and 10 months in prison and the undertaking submitted by them. The court reduced the 10 years imprisonment awarded by the trial court to seven years rigorous imprisonment. The court directed the accused to leave India immediately after their release from the prison and to remain in the refugee camp till they leave India. The criminal appeal was disposed of.