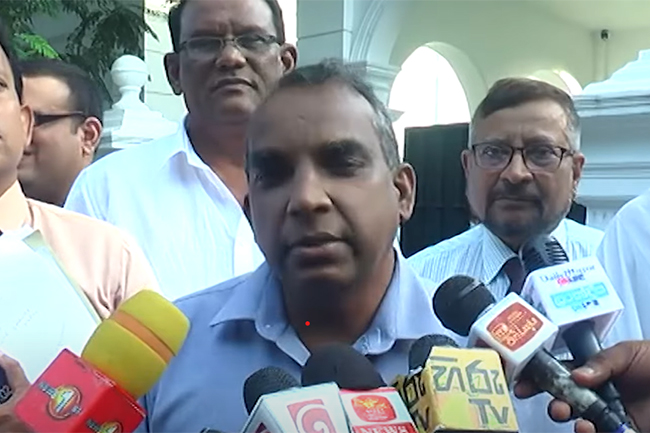 No positive proposals in 22A, PAFFREL executive director says

The Executive Director of People’s Action for Free and Fair Elections (PAFFREL), Rohana Hettiarachchie says positive proposals are not included in the 22nd Amendment to the Constitution.

He made this comment speaking to the media following a meeting between the March 12 Movement and Prime Minister Ranil Wicrkemesinghe yesterday.

Mr Hettiarachchie also claimed that the people’s calls for changes to the governing structure, strengthening the autonomy of the public service, reducing the powers in the presidency and increasing the powers of the parliament have been disregarded in this constitutional amendment.