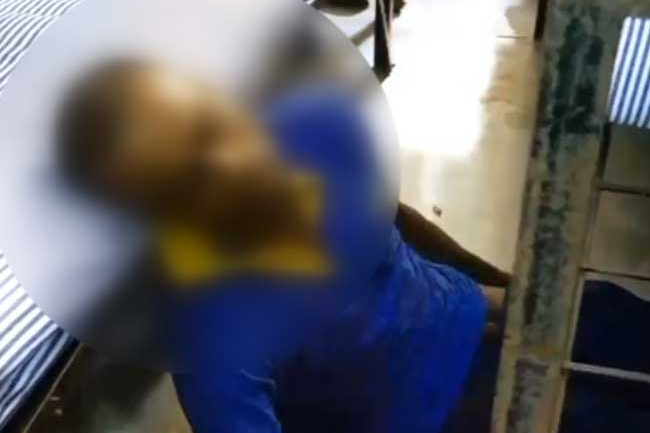 The four military personnel who were arrested in connection with the death of an inmate at the Kandakadu Treatment & Rehabilitation Centre in Welikanda, have been remanded until the 14th of July.

They were produced before the Polonnaruwa Magistrate’s Court earlier today (July 02).

Welikanda Police yesterday arrested two army staff sergeants and two air force, who were serving as assistant instructors at the facility, over the inmate’s death.

Late into the night of June 28, a group of inmates had resorted to unruly behaviour following the death of an inmate detained at the centre.

The tense situation that ensued within the premises continued until the next morning.

The other inmates had raised concerns about the suspicious nature of the death of fellow inmate who was caught by the instructors while in possession of tobacco the day before the incident.

At around 8.00 a.m. on June 29, more than 600 inmates breached the two main entrance gates and escaped from the facility.

Following the incident, the Commissioner-General of Rehabilitation Major General Dharshana Hettiarrachchi assured that an impartial investigation will be carried out into the death of the inmate at the Kandakadu Treatment and Rehabilitation Centre and that anyone found guilty would be punished regardless of their position.

Meanwhile, the police said a piece of wire and two bamboo sticks suspected to have been used to assault the inmate were found.

The body of the deceased inmate was identified by his younger brother and friends, the post-mortem is scheduled to be performed on July 05.

Reportedly, at least 44 inmates who fled the facility are still at large and joint operations by Sri Lanka Army and the Police are underway to take the escapees back into custody.

However, more than 679 inmates who were apprehended after the escape have been remanded after they were produced before the court.

The police have appealed to the general public inform of any escapees via 071 859 1235.