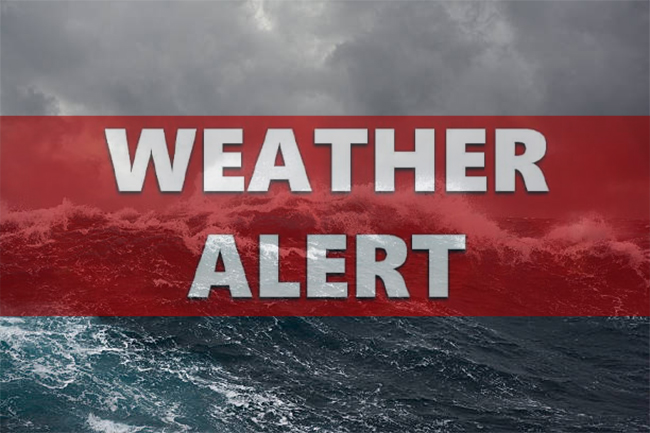 Naval and fishing communities advised not to venture into sea

The Department of Meteorology today issued a ‘Red’ alert for gusty winds and rough seas, advising the fishing and naval communities not to venture out into the sea areas off the coast extending from Colombo to Hambantota via Galle within the next 24 hours.

In its advisory, the Meteorology Department said the wind speed can increase up to 60-70 kmph in the sea areas off the coast extending from Puttalam to Pottuvil via Colombo, Galle and Hambantota due to the active south-west monsoon condition.

The swell waves (about 2.5 m – 3.5 m) height (this is not for land areas) are likely to increase in the above-mentioned sea areas and these sea areas will be rough to very rough.

There is a possibility that nearshore sea areas off the coast extending from Puttalam to Matara via Colombo and Galle, may experience surges due to swell waves.