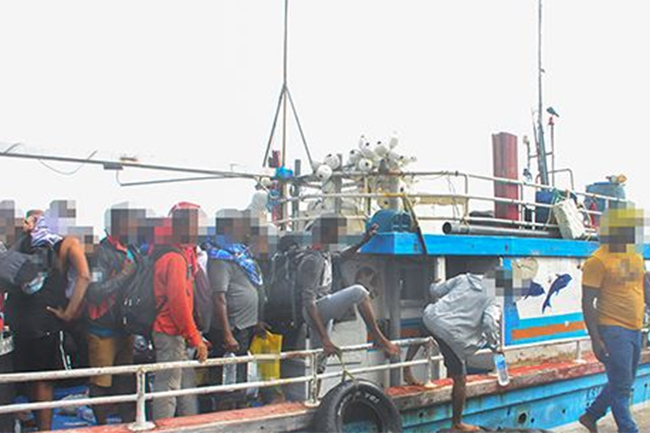 A search operation conducted in the eastern seas today (July 03) led to the capture of a local multiday fishing trawler carrying 51 people, who were suspected to be on an illegal migration attempt to a foreign country via sea, Sri Lanka Navy says.

In the search operation mounted in the seas off Trincomalee this morning, the Eastern Naval Command managed to intercept a suspicious local multiday fishing trawler carrying this group of people who were suspected to be attempting to illegally migrate from the island.

Among the apprehended individuals, 41 including 06 involved in this racket were males and 05 were females. According to the navy, 05 children were also among those who were taken into custody.

Along with the suspects, the fishing vessel used for this illegal act was also held by the navy.

The suspects were identified as residents of Jaffna, Vavuniya, Trincomalee, Batticaloa, Ampara, Gampaha and Ratnapura, who are from 05 to 56 years of age.

They will be handed over to the Trincomalee Harbour Police for onward legal proceedings, the navy added.

Meanwhile, a coordinated operation mounted by the Navy, Sri Lanka Coast Guard and Police in Marawila yesterday (July 02), made way to the apprehension of 24 individuals, who are suspected to be illegal immigrants.

They were apprehended while staying at a lodge in the locality, awaiting to migrate from the island by sea.

The group consisted of 08 males, 06 females and 10 children. Further, the raiding party also nabbed the lodgekeeper who provided accommodation for the group. The apprehended individuals who are from 03 months to 50 years of age, were identified as residents of Batticaloa, Valaichchenai and Chilaw areas.

They have been handed over to the Marawila Police for onward legal action. 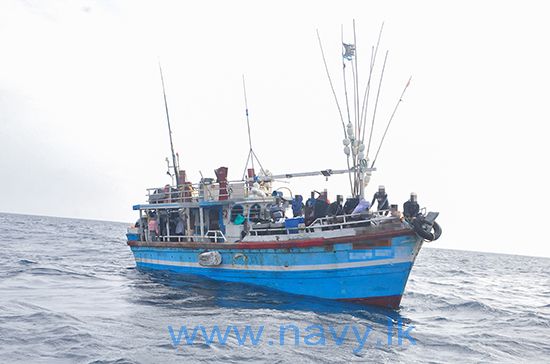 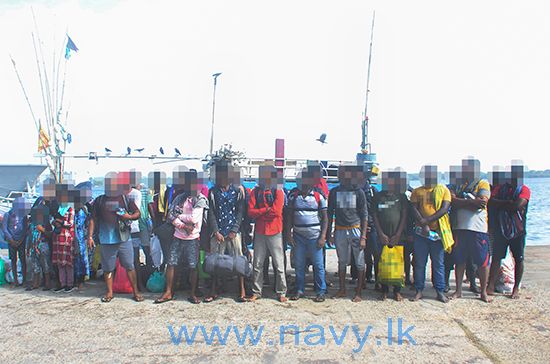 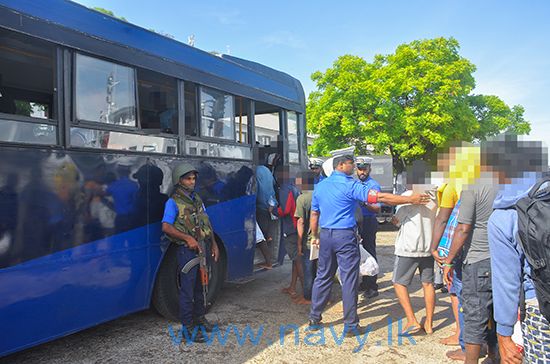