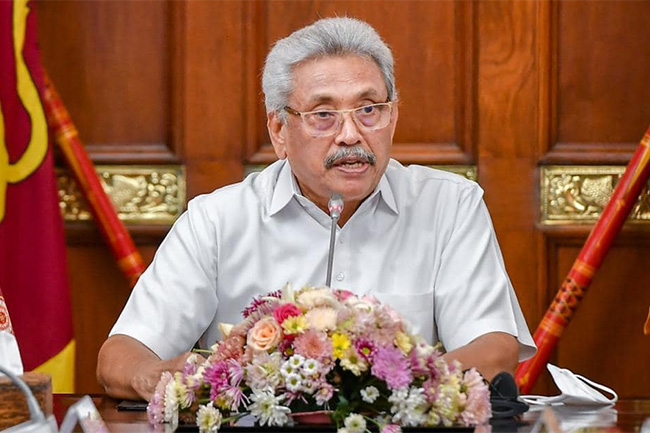 President Gotabaya to step down on July 13

President Gotabaya Rajapaksa has informed that he would step down from the presidency on July 13 (Wednesday), Speaker of Parliament Mahinda Yapa Abeywardena says.

The announcement came hours after people, calling for the resignation of the President and his government, stormed into the President’s House in Colombo Fort earlier today.

They had pushed through barricades at entry roads to the President’s House to reach the premises and occupied the premises.

The President has told the Speaker that he would vacate his position on July 13 to allow a peaceful handover of power.

Speaker Abeywardena appealed to the members of the public to remain peaceful and advised public servants to ensure the smooth functioning of day-to-day life.

Meanwhile, PM Ranil Wickremesinghe has announced that he would resign from his position after an all-party government is established.