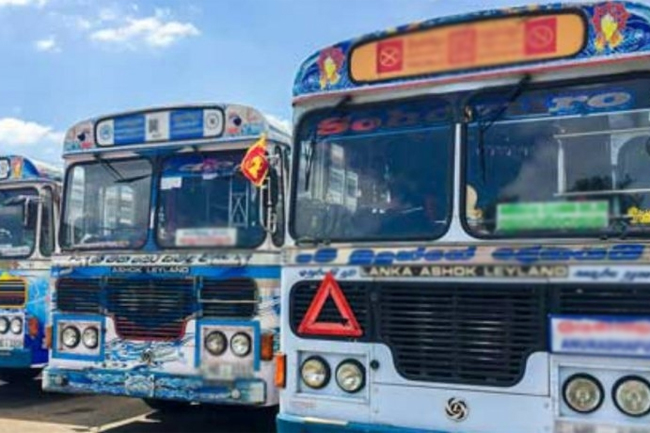 They allege that the stocks of fuel provided to them to operate their buses are insufficient.

The general secretary of the Private Bus Owners’ Association Anjana Priyanjith said they decided to suspend services on routes in protest of the government’s move to reduce the fares when bus operators are supplied with inadequate fuel volumes.

The chairman of the association Gemunu Wijeratne said the Transport Minister is responsible for this trade union action initiated by private bus operators.