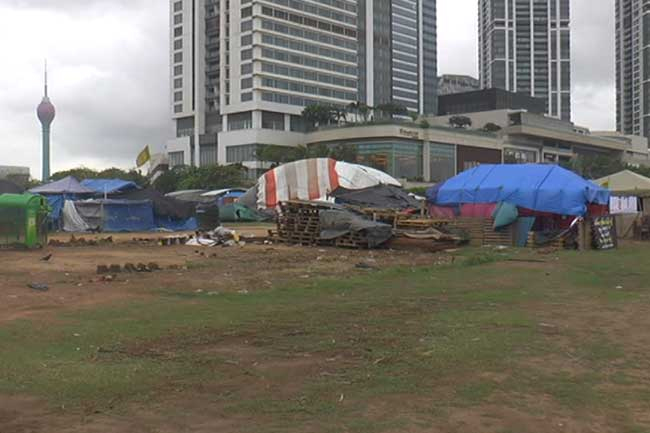 The Attorney General has given an undertaking to the Court of Appeal that no action outside legal procedures will be taken against the temporary structures at the ‘GotaGoGama’ protest site at Galle Face until August 10, 2022.

Accordingly, the Inspector-General of Police (IGP) will be given necessary directives in this regard, Additional Solicitor General Sumathi Dharmawardena told the Appeals Court appearing on behalf of the Attorney General.

However, the Appeals Court noted that during this period, the respondents are allowed to take initial legal actions regarding the removal of these illegal structures.

This undertaking will not be a hindrance to the occupants at the protest site who are willingly vacating the premises, the court said further.

The Attorney General gave the aforesaid undertaking when the writ applications filed against the police order directing people to vacate the Galle Face protest site and remove the temporary structures before 5.00 p.m. today (Aug 05).