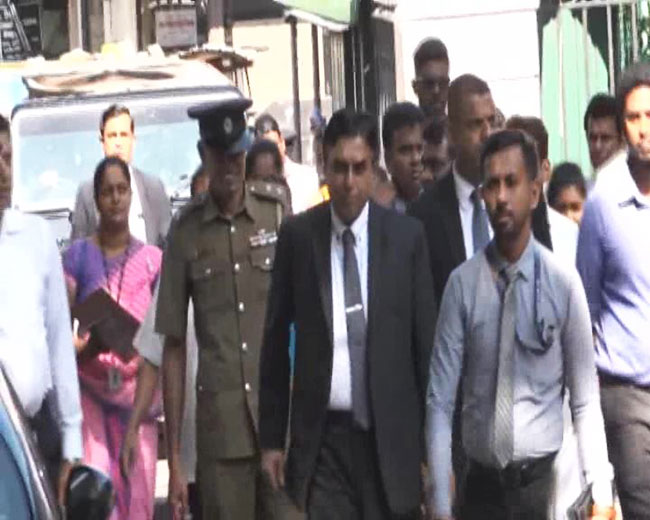 The Colombo High Court has dismissed the previous order issued by the Colombo Magistrate’s Court granting bail IGP Pujith Jayasundara and former Defence Secretary Hemasiri Fernando, who have been charged with failing to prevent the Easter Sunday terror attacks.

High Court Judge Vikum Kaluarachchi today delivering the court’s decision on the revision application filed by the Attorney General, against the granting of bail to the Inspector General of Police (IGP) and former Defence Secretary.

Delivering the decision, Justice Vikum Kaluarachchi further said that by granting bail to the suspects the Colombo Chief Magistrate has created an authority he does not possess and has gone beyond the law to grant bail.

Pujith Jayasundara and Hemasiri Fernando were arrested and remanded for allegedly failing to prevent the terror attacks on Easter Sunday even after adequate forewarnings were received on the blasts.

However, the duo was later granted bail under the orders of Colombo Chief Magistrate Lanka Jayaratne.

The Attorney General then filed a revision application against the granting of bail to the accused.

The Deputy Solicitor General had argued that the Magistrate’s Court has no authority to issue a bail order in this manner and therefore requested the High Court to revise the said bail order and issue an order to immediately place them back in remand custody.

The Colombo High Court Judge Vikum Kaluarachchi had fixed October 09 to deliver the verdict on the revision application.