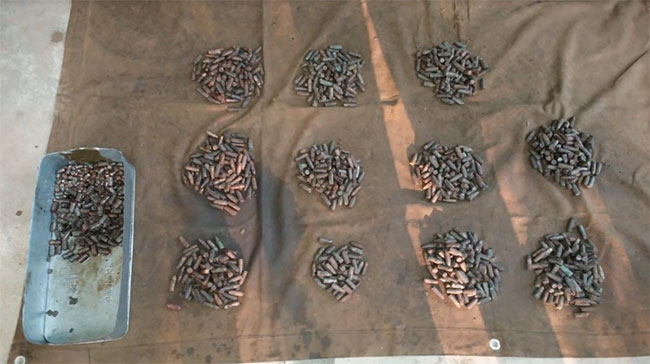 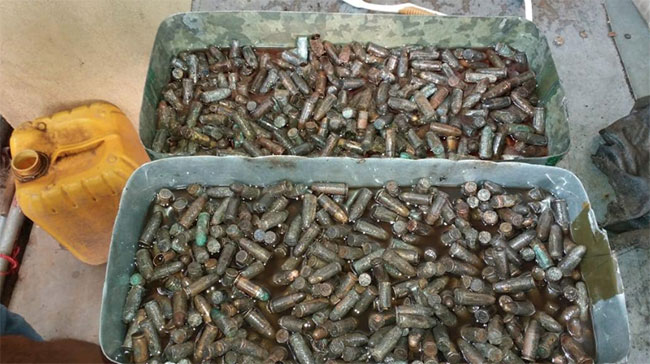 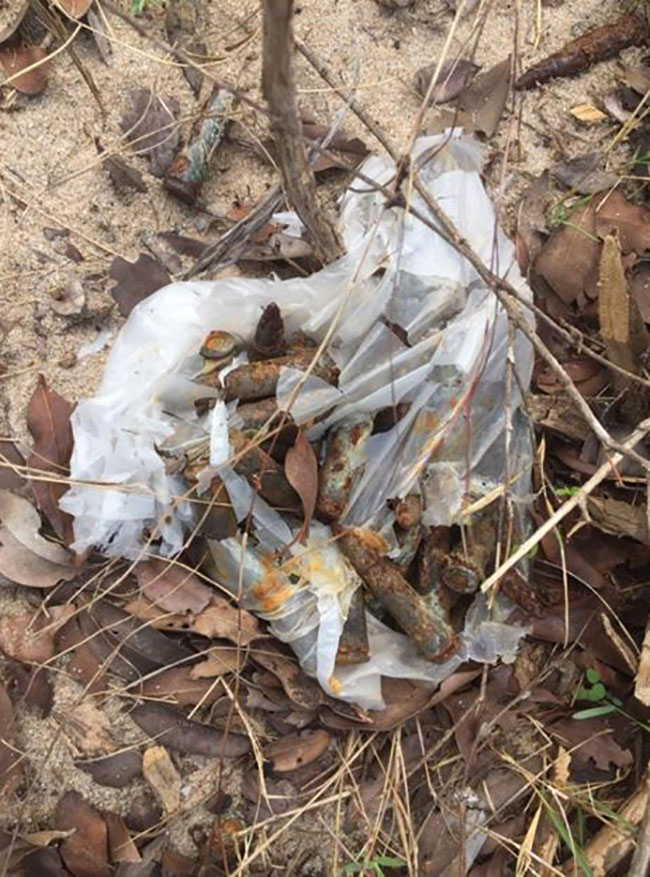 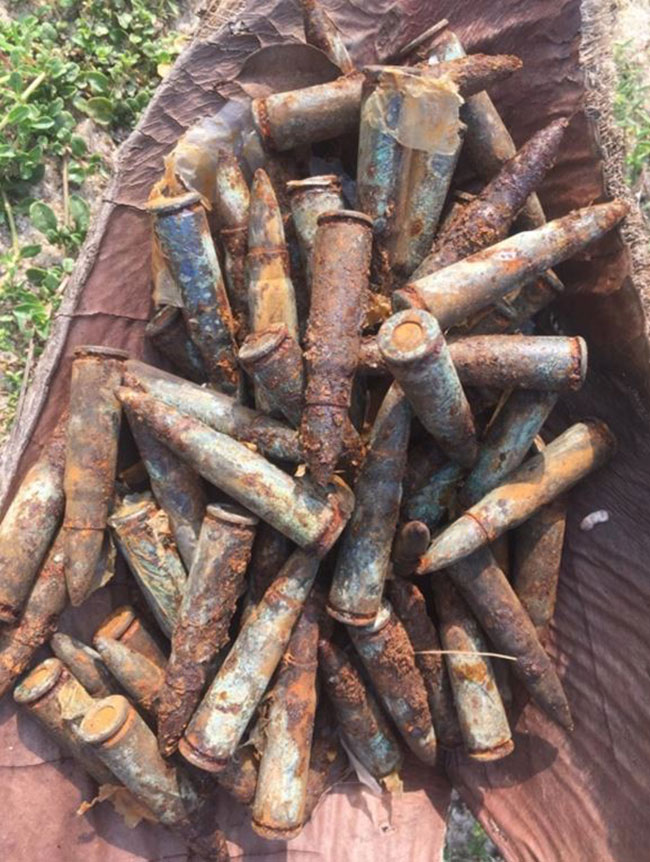 The Navy and the Police STF, during a search operation, recovered an ammunition cache in Eravur.

Accordingly, the Eastern Naval Command during a search operation carried out with the Eraur Police STF recovered 70 ball ammunition (7.62x39mm) used for T56 in Eravur region.

On the same day the Eastern Naval Command had also found 1,066 pistol ammunition (9x19mm), while conducting a search in the beach area of Sampoor.

The Navy and Eraur Police are conducting further investigation into the incidents.

It is believed that the ammunition caches have been left behind during the humanitarian operation.