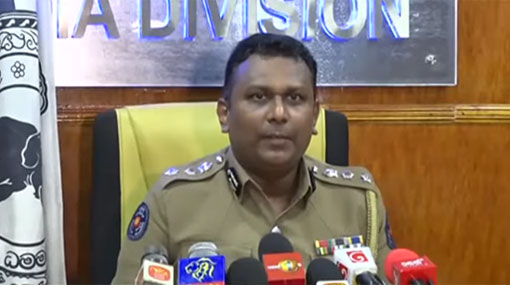 Investigations will continue despite transfer of CID Director  Police Spokesman

Sri Lanka Police says 19 post-election complaints have been received by police stations in the country in relation to the recently concluded Presidential Election and that 13 persons have been arrested in connection with those complaints.

Police Spokesman SSP Ruwan Gunasekara stated that these include 13 complaints regarding assaulting and injuring, 4 complaints of intimidation and threatening as well as two incidents reported on damages caused to property.

He said more arrests are to be made and that, however, there are no serious incidents among the complaints received.

Speaking to reporters on Friday, he said that 49 post-election complaints had been received after the 2015 presidential election and that this shows that the reports of post-election incidents have been at a minimum this election.

Responding to a question regarding the transfer of the Director of the CID Shani Abeysekara, the Police Spokesman said that the investigations being carried out will continue under the DIG in charge of the Criminal Investigations Department (CID).

He also said that a new Director has been appointed to CID, which is responsible for handling investigations into major crimes and high-profile cases.