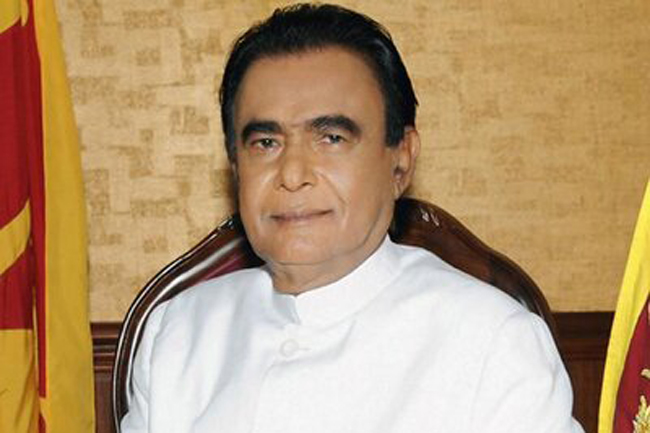 The funeral service of late Prime Minister of Sri Lanka D.M. Jayaratne, who passed away at the age of 88, is scheduled for this evening (23).

The cremation will take place at the Doluwa Ground in Gampola under State patronage.

The veteran politician was receiving treatment at a private hospital in Kandy when he passed away last Tuesday (19).

A founding member of the Sri Lanka Freedom Party, Jayaratne had served as Prime Minister of Sri Lanka from 2010 to 2015 under then-President Mahinda Rajapaksa.

He also held the Cabinet ministerial portfolio of Buddha Sasana and Religious Affairs during that period.

He was first elected to parliament in 1970 from the SLFP.