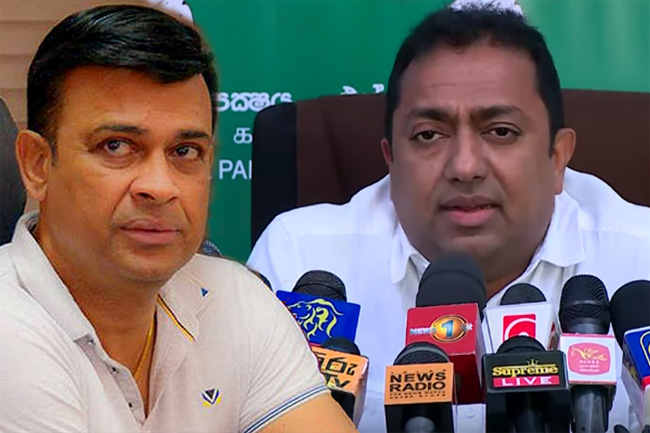 He made this announcement addressing a media briefing held at UNP’s headquarters, Sirikotha, today (14).

Ramanayake is a Member of Parliament representing Gampaha electoral district.

Kariyawasam stated that this decision was arrived at taking into consideration the complaints received by the party concerning MP Ramanayake.

Party leader Ranil Wickremesinghe has been briefed on the situation and he has given instructions to temporarily suspend the membership of MP Ramanayake. It was also decided to make the decision approved by the Working Committee of the UNP, he added.

This move came days after the controversial telephone recordings of MP Ramanayake, which were seized by the police during his arrest on the 4th of January, came into light.