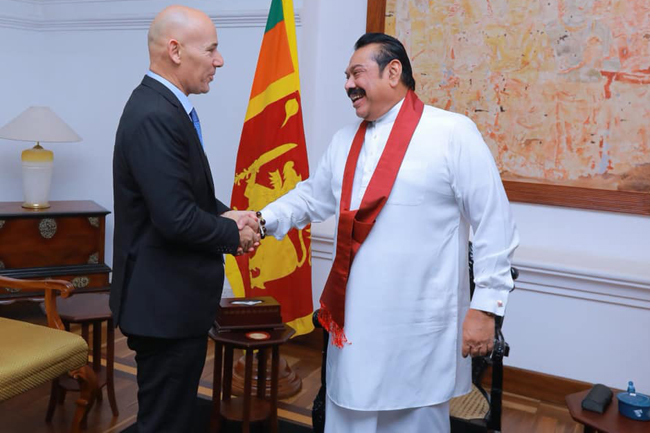 Ambassador of Israel to Sri Lanka Dr. Ron Malka has expressed his country’s keen interest on enhancing bilateral relations with the island nation.

The scope of cooperation between the two countries is endless, he has further stated.

Israel is willing to share technological expertise with Sri Lanka to help farmers adopt more effective methods, the Ambassador has told the Prime Minister. He has also cited several examples from other countries where digital technologies are being used to help farmers become more efficient.

PM Rajapaksa has then invited Israel to develop some model farms in Sri Lanka so that the farmers can see and experience the benefits.

The duo has also discussed the possibility of collaborating in a number of other sectors such as defence, education and healthcare.

The Israeli embassy in New Delhi is also accredited to Sri Lanka. A resident Sri Lankan mission in Tel Aviv was established in October 2000.