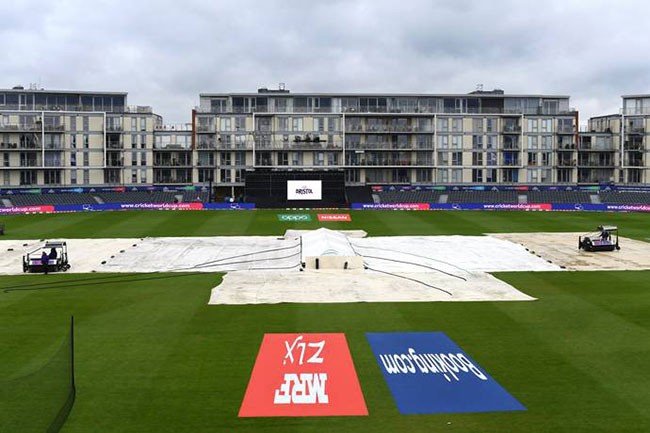 The weather affected the World Cup for the second day in a row as Bangladesh’s game against Sri Lanka was delayed.

Rain ensured the covers remained on the pitch and square and prevented the toss taking place as scheduled at 10:00 BST. Play was set to start at 10:30.

Only 7.3 overs were possible in the match between West Indies and South Africa at Southampton on Monday.

Sri Lanka’s match against Pakistan at Bristol on 7 June was abandoned without a ball being bowled.

Update: An inspection was due at 3 pm but it’s pelting down in Bristol at the moment. The covers are still on.

“The scheduled inspection has been postponed as the rain has unfortunately returned,” tweets Cricket World Cup’s official handle.

Kumar Sangakkara, meanwhile, says that the chances of getting play today are very, very remote.