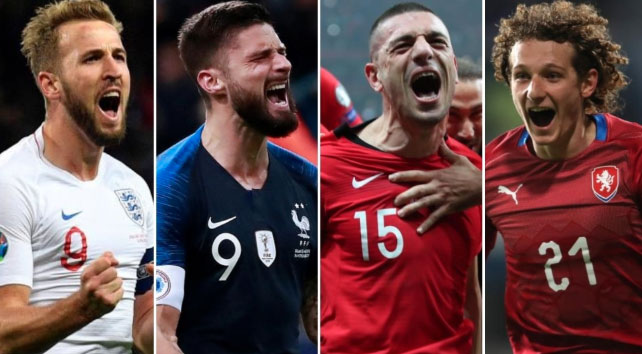 In the ninth game of Group H, Turkey held to a goalless draw by Iceland in Istanbul’s Turk Telekom Stadium and France defeated Moldova 2-1 at Stade de France in Saint-Denis.

With these results, both teams booked their tickets for EURO 2020.

In Group A, England manage to take three points after hammering Montenegro 7-0 at Wembley.

The other game of group, Czech Republic beat Kosova 2-1 with comeback and this victory brought Czechs to join England in qualifying for EURO 2020.

In the match played at Estadio Algarve, Portugal toppled Lithuania 6-0 with Juventus superstar Cristiano Ronaldo’s hat-trick, but following Serbia’s victory over Luxembourg with 3-2 score, Portugal are yet to book their ticket for the tournament.

In Group B, Portugal are at second place with 14 points, one point ahead of Serbia, and will qualify if they win against Luxembourg on Sunday.