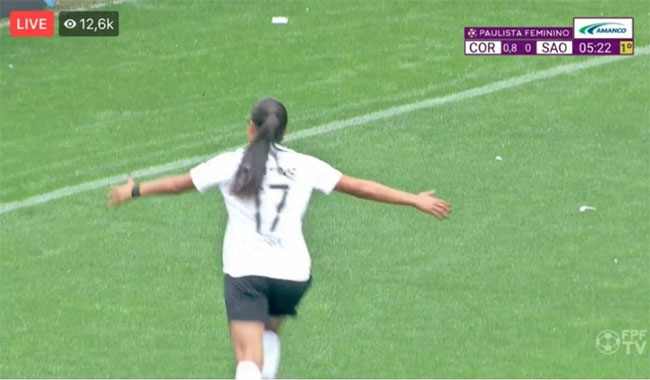 Womens football: Why a scoreboard in Brazil read 0.8 after a goal

For long, equal pay has been a point of discussion in women’s sport, including football.

From Megan Rapinoe talking about it at the Women’s World Cup this year to the USWNT suing its own federation for not maintaining pay parity, the women footballers’ fight against pay inequality has been under spotlight, of late.

On Saturday, the pay discrimination was highlighted yet again, though in a unique manner.

In the women’s championship in Brazil, when Corinthians took the lead against Sao Paulo via Vic Albuquerque, the scoreboard read ‘Corinthians 0.8-0 Sao Paulo’.

Instead of displaying ‘1’, the score read ‘0.8’ to highlight recent research showing women in Brazil earn 20% less than men for the same work.

The pattern continued as the scoreboard read 1.6-0 when Juliet scored the second and 2.4 when Millene netted the third.

The gesture was part of an action of the Paulista Football Federation (FPF) with the UN Women and the advertising agency BETC.

Corinthians won the championship final match by three goals in front of 28,609 fans at the Arena Corinthians, which was a record attendance at a women’s football game in Brazil. The team had won the first leg 1-0.