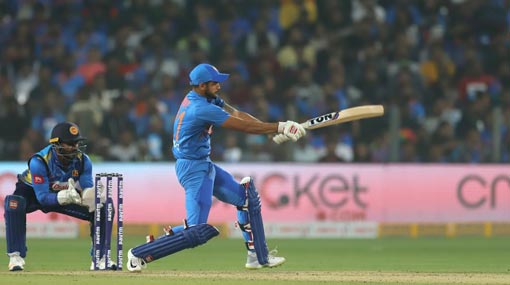 India amassed 201 for six after being invited to bat by Sri Lanka in the third and final T20 International in Pune, India, on Saturday.

Manish Pandey smashed 31 off 18 balls and skipper Virat Kohli, batting at number six, scored a brisk 17-ball 26. But India wouldn’t have crossed 200 had it not been for Shardul Thakur’s blistering 22 off only eight balls. He smashed two sixes and a boundary.