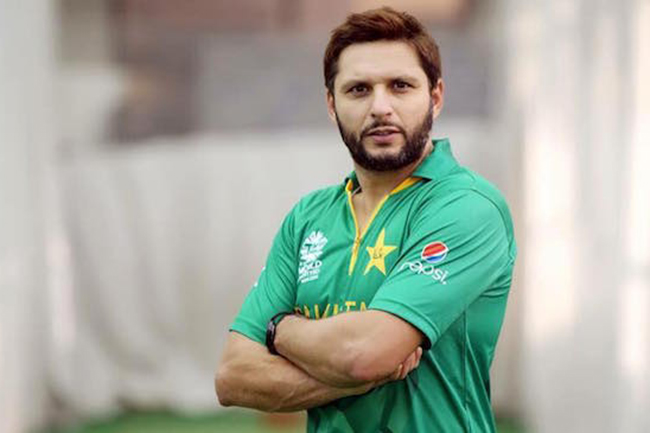 Shahid Afridi, the former Pakistan captain, has tested positive for COVID-19. The 40-year-old shared the news on Twitter and asked fans to pray for him.

“I’ve been feeling unwell since Thursday; my body had been aching badly. I’ve been tested and unfortunately, I’m covid positive. Need prayers for a speedy recovery, InshaAllah,” he wrote.

Afridi is the second international cricketer from Pakistan to test positive for COVID-19. Recently, former Pakistan opener Taufeeq Umar had also tested positive for COVID-19. He has recovered from the disease already. Zafar Sarfraz, the former first-class player, was the first professional player to die due to the deadly virus.

Since the Coronavirus outbreak began, Afridi has been doing a lot of charity work through his foundation, Hope Not Out. The former Pakistan skipper has helped thousands of poor families with ration and other essential supplies over the past couple of months. His works had even received the backing of Indian cricketers Yuvraj Singh and Harbhajan Singh, though the relations between them turned sour after Afridi made controversial remarks on Indian Prime Minister Narendra Modi in Pakistan Occupied Kashmir (PoK).

The veteran cricketer had recently hailed Pakistan Cricket Board’s move to appoint Younis Khan as the team’s batting coach for the England tour. The PCB now has an all-cricket coaching staff including Waqar Younis, Misbah-ul-Haq as well as Saqlain Mushtaq.

“This is a show of cricketers and it is better if it’s run by them. All are sincere and have great individual performances when it comes to cricket or coaching. I am hopeful that they will do their jobs in the best possible manner,” he had said on his YouTube channel.

A member of 2009 T20 World Cup-winning team, Afridi played 398 ODIs, 27 Tests and 99 T20Is from 1998 to 2018. The former Pakistan all-rounder had retired from international cricket in 2017 but he continues to play franchise cricket. In March this year, he represented Multan Sultans in Pakistan Super League (PSL).