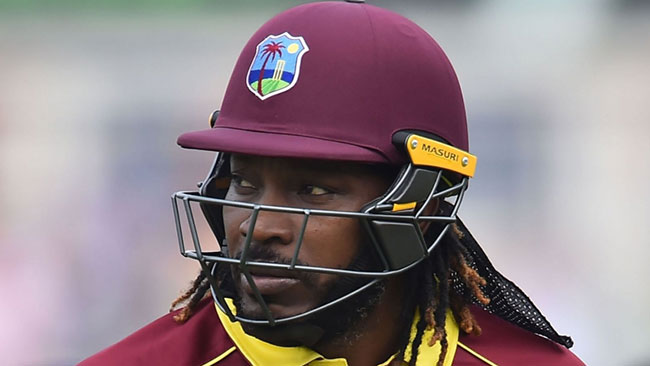 Chris Gayle, one of T20 cricket’s biggest draws, has pulled out of the inaugural Lanka Premier League (LPL) along with England pacer Liam Plunkett and Pakistan’s Sarfraz Ahmed, dealing a huge blow to the tournament even before its take-off.

Gayle and Plunkett’s withdrawals were confirmed by their franchise Kandy Tuskers.

The 41-year-old swashbuckling Jamaican holds the record for hitting the most number of sixes in the T20 format.

He was recently seen in the IPL, turning up for Kings XI Punjab.

The latest developments from the LPL come a day after former Pakistan skipper Sarfraz’s pullout from the franchise-based T20 tournament that is facing a host of issues.

Sarfraz was to captain the Galle Gladiators franchise.

The LPL is scheduled to start on November 26 with a clash between Colombo Kings and Kandy Tuskers in Hambantota, with the final slated for December 16.

Five teams -- Colombo, Kandy, Galle, Dambulla and Jaffna -- will compete for the top prize in the tournament.

The Kandy franchise is owned by Bollywood actor Salman Khan’s brother Sohail and will be coached by former Sri Lanka batsman Hashan Tillakaratne.