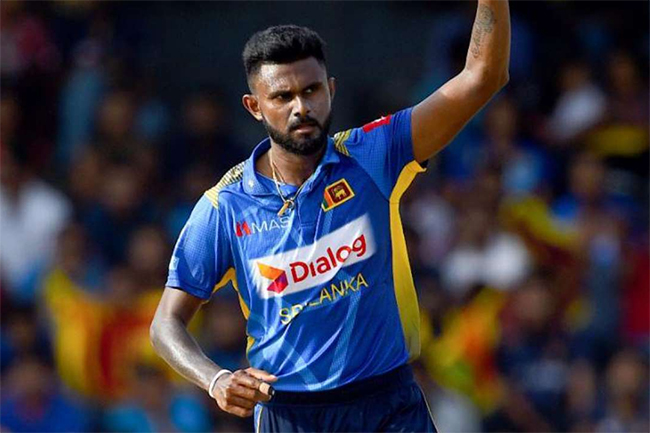 The 33-year-old has played 56 matches for Sri Lanka, picking 45 wickets, and was part of the home series against India, in which Sri Lanka secured the T20I series 2-1, while losing the ODIs by the same margin.

Udana said he was stepping aside and making way for the young players coming through. “I believe the time has come for me to make way for the next generation of players,’’ Udana said in an SLC statement.

‘‘It is with immense pride and passion, and unfathomable commitment that I have represented and served my country.”

Udana debuted for Sri Lanka in 2009, but only became a mainstay of the side in the latter half of the last decade. He was also a handy batsman, scoring a half-century in both ODIs and T20Is. The latter was a particularly fiery knock – a 48-ball 84* against South Africa in 2019.

“Cricket was, is and always will be my greatest love, and I have given my 100% both on and off the field, respecting and upholding the spirit of cricket and national pride always,” Udana said in a statement posted on Twitter.

“I am proud to have served my nation, and Sri Lanka Cricket with utmost dedication, commitment and passion to my fullest with a bunch of people who have touched my soul with the relationship of never-ending friendship.

“However, I believe the time has come for me to retire from international cricket and in order to make way for the next generation of players.”

Thank you very much ❤️. Love you all. Stay safe. #goodbye #IZY17 pic.twitter.com/4dXt72bMn0