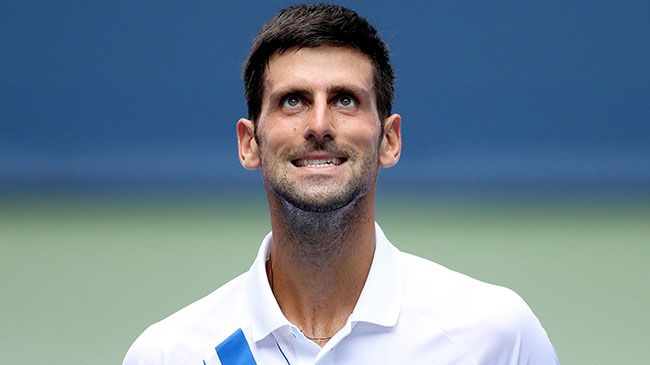 Tennis star Novak Djokovic released a long statement on Wednesday, with details on why he was not in isolation after testing positive for COVID-19 in December and saying his agent made a mistake in filling out his  Australian travel declaration.

The statement came as Australia’s Immigration Minister Alex Hawke was considering whether to cancel the world no.1 tennis player’s visa ahead of the Australian Open, which starts on Jan.17, amid controversy over whether he was eligible for a medical exemption from the country’s COVID-19 vaccine requirements.

“I want to emphasise that I have tried very hard to ensure the safety of everyone and my compliance with testing obligations,” Djokovic said in a statement on his Instagram account.

Amid questions about his Australian Travel Declaration where he had to state whether he had travelled within 14 days of coming to Australia, he said his agent accidentally ticked the wrong box on the form.

“On the issue of my travel declaration, this was submitted by my support team on my behalf – as I told immigration officials on my arrival – and my agent sincerely apologies for the administrative mistake in ticking the incorrect box about my previous travel before coming to Australia,” Djokovic said.

“This was a human error and certainly not deliberate. We are living in challenging times in a global pandemic and sometimes these mistakes can occur. Today, my team has provided additional information to the Australian Government to clarify this matter.

“While I felt it was important to address and clarify misinformation I will not be making any further comment out of utmost respect for the Australian Government and their authorities and the current process.

“It is always an honour and a privilege to play in the Australian Open. The Australian Open is much-loved by players, fans and the community, not just in Victoria and in Australia, but around the globe, and I just want to have the opportunity to compete against the best players in the world and perform before one of the best crowds in the world.”

Court documents showed Djokovic tested positive on December 16 but the day after he reportedly attended an awards ceremony at the Novak Tennis Centre in Belgrade, where multiple photos on social media show the 34-year-old posing for photos with children without wearing a mask. French newspaper L’Équipe also revealed Djokovic posed without a mask during a photo shoot on December 18.

“I want to address the continuing misinformation about my activities and attendance at events in December in the lead up to my positive PCR Covid test result,” Djokovic wrote in a lengthy statement.

“This is misinformation which needs to be corrected, particularly in the interest of alleviating broader concern in the community about my presence in Australia, and to address matters which are very hurtful and concerning to my family.

“I want to emphasise that I have tried very hard to ensure the safety of everyone and my compliance with testing obligations.

“I attended a basketball game in Belgrade on 14 December after which it was reported that a number of people tested positive with Covid-19. Despite having no Covid symptonms, I took a rapid antigen test on 16 December which was negative, and out of an abundance of caution, also took an official and approved PCR Test on that same day.

“The next day I attended a tennis event in Belgrade to present awards to children and took a rapid antigen test before going to the event, and it was negative.

“I was asymptomatic and felt good, and I had not received the notification of a positive PCR Test result until after that event.

“The next day, on 18 December, I was at my tennis centre in Belgrade to fulfil a long-standing commitment for a L’Equipe interview and photoshoot. I cancelled all other events except for the L’Equipe interview.”

“I felt obliged to go ahead and conduct the L’Equipe interview as I didn’t want to let the journalist down, but did ensure I socially distanced and wore a mask except when my photograph was being taken.”

He acknowledged that waiting to complete his isolation until after the interview was “an error of judgement”.

“I accept that I should have rescheduled this commitment,” he wrote.