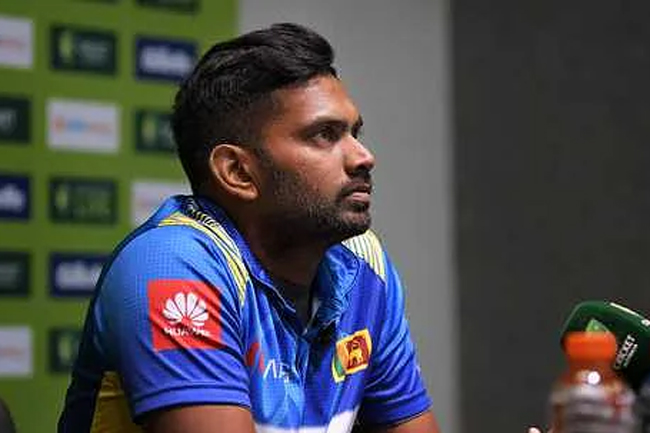 Sri Lanka batter Bhanuka Rajapaksa has withdrawn his letter of retirement handed over to the national cricket board.

“Pursuant to a meeting with the Hon. Namal Rajapaksa – Minister of Youth &amp; Sports and after consulting with the National Selectors, Bhanuka Rajapaksa has notified SLC that he wishes to withdraw his resignation which he tendered to SLC on 3 rd Jan. 2022, with immediate effect.

“In his letter to SLC withdrawing his resignation, he further states that he wishes to represent his country in the game he loves for the years to come.”

The SLC confirmed Rajapaksa’s resignation in an official release published on January 05.

In his retirement letter, Rajapaksa wrote: “I have very carefully considered my position as a player, husband and am taking this decision looking forward to fatherhood and associated familial obligations.”

He also came under the spotlight for questioning selection policies in an interview after being left out for fitness concerns and was handed a suspended one-year ban.

However, Sports Minister Namal Rajapaksa on Sunday (Jan. 09) requested the attacking left-handed batter to reconsider his decision to retire from international cricket.

The lawmaker said it is more important to move forward while facing challenges than making hasty decisions since there is still time left for the cricketer to play for the country as a young player.