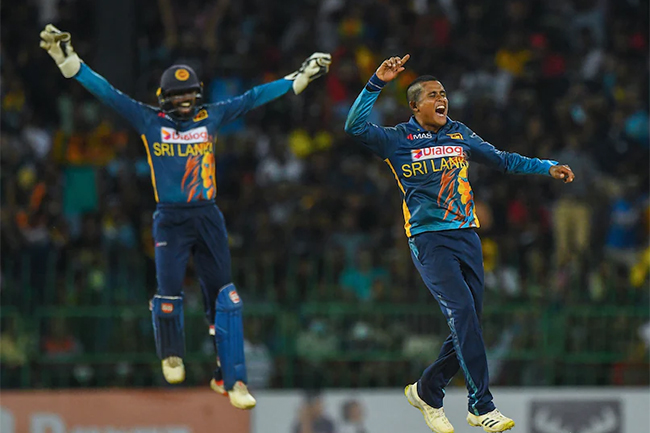 Sri Lanka edged Australia by four runs in the fourth ODI to seal an unassailable 3-1 lead in the five-match series in Colombo on Tuesday.

Sri Lanka’s triumph marked its first ODI series win over Australia since 2010, when it beat the Aussies 2-1 Down Under.

Batting first, the Dasun Shanaka-led side rode on Charith Asalanka’s maiden ODI century (110) to post 258 on the board. In reply, Australia lost skipper Aaron Finch for a duck before fellow opener David Warner led the chase with a half-century.

However, Warner was stumped on 99 off Dhananjaya de Silva’s bowling in a decisive moment in the chase. With minimal contributions coming from the middle-order, Australia was eventually restricted to 254 after Pat Cummins (35) was trapped lbw in the penultimate over.