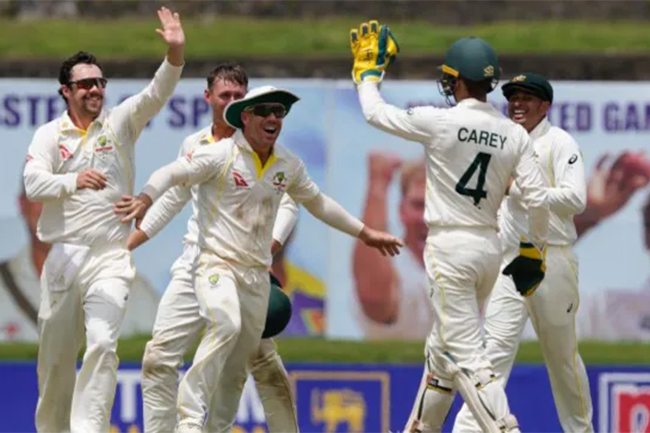 Australia has scored a commanding 10-wicket victory over Sri Lanka in the first Test in Galle, wrapping up victory inside three days.

The tourists established a 109-run lead after the first innings when they were dismissed for 321 in their opening dig early on day three.

Australia opener David Warner wasted little time, hitting a four and a six to reach the target in four balls.

The second Test begins in Galle next Friday.