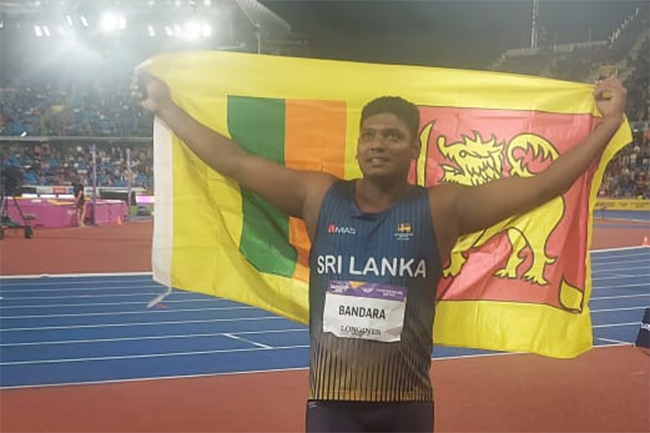 The 30-year-old threw 44.20 metres in his fifth and penultimate attempt, marking his personal best.

Bandara, who is an army corporal attached to Sri Lanka National Guard, wrote history as the first Sri Lankan to win a medal in para-sports at the Commonwealth Games.

Bandara’s impairment falls under F42 category due to the impaired functioning of his muscle above his left knee.

He participated in a combined event for categories F42-44 and F61-64 in which Raza points scoring system, a method in Paralympic athletics field competitions for comparing throws or jumps by athletes of differing levels of disability, is used to calculate points. The performances are converted to point scores by a formula which accounts for the athletes’ classifications.